Do You Think H!P Will Ever Have Another Solo Idol? This is excluding Up-Front solo artists 10 replies to this topic Started by TicTacAnyone , Oct 27 2018 04:00 AM ·

What're your thoughts on the prospect of H!P ever having another solo idol?

If they were to have a solo artist, who do you think they would choose? Conversely, who would YOU want to go solo? 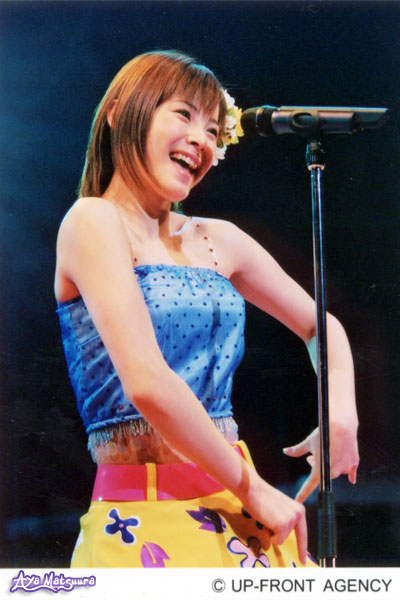 Past solo idols (not excluded to):

They would only if solo idols in general became popular again. I feel like the market for it is slowly growing, as there a lot of popular female solo artists right now.

But it would have to be someone who is somewhat trained, I don’t think they’d debut an egg like Mano again, maybe an future egg like whose has a quality like Ruru. Or they would have a girl from a group do it, like Takagi or Sakura.

I'm sure they will when solo idols become popular again. If they were they would've used Riho by now.

I can’t even think of a recent H!P girl that I think has what it takes to go solo, honestly.

H!P has kind of already established a pattern of making “soloists” out of their senior graduated girls who still want to perform (Sayumi, Reina, Airi, does Miyabi count?). Their tenure and established fan base makes them an easy investment so I can’t see H!P taking a risk by throwing a fresh inexperienced girl out there and seeing if anyone bites.

Hm. I agree with some of the replies here, there has to be a market for solo idols until H!P tries something like this again. And then they'd be 5 years late.

That being said it seems like they moved their soloist ambitions to Up-Front. Sayumi, Airi, etc. And I agree with honey, they'd definitely use someone already known to the public. I mean they don't even debut fresh faces in groups anymore, they won't pick someone off the streets to make them their soloist now.

I think it would work better if they did, honestly. I think part of Mano’s success if that she wasn’t well known as an idol. I doubt anyone in recent time is recognizable to the public but they always get named as ex-X members which I think just hurts them.

I don’t see anyone in current H!P being able to do it. The market for them is a bit better now than it was a few years ago so maybe in a few years we’ll get another

They would only if solo idols in general became popular again.

This. I was routing for Dambara to go solo up until her debut. I think it would be hard to find someone though since they would have to be talented AND charming and you don't see much of that in the idol world these days.

Yeah I agree, it'd be best to just do a fresh face... It worked for Mano, Fujimoto and Ayaya. They were seen on TV for the MM auditions, and only mano was an "egg" before debut.

Personally I think the solo idol wouldn't even have to be a triple threat in this market--someone like Uta who was subpar at singing and dancing probably would've made a good soloist just by her looks and aura alone. Out of all the recent eggs, I would have pegged Momohime the most eligible to go solo and I know for a moment after her Super Commander Momohime skit there were some people wanting her to debut solo... but alas. H!P saw that fan reaction of love for her and said "naaah let's just let her sit in KSS for another few years."

Let's face it, without the insight of Tsunku when it comes to member choices, H!P probably wouldn't risk debuting a solo idol. That's a lot of resources and risk to put all on a single person, and I have to imagine even the company realizes maybe they don't pick the best girls for certain roles anymore.

I think the only current girl I would love to see go solo is Murotan.  But I wouldn't want to lose her in ANGERME.