Just in, Haruna Iikubo will graduate from H!P and MM.

The decision was made after we talked with Ikubo from this spring about taking a new step in life as she wanted to challenge herself and be independent by using the experiences she learned in Morning Musume and elsewhere while thinking about the future and the celebration of Morning Musume's 20th anniversary.

We will continue to support the new challenges of "Haruna Iikubo" who wants to stay as an entertainer and soloist after graduation.

She will be participating in Morning Musume.'s activities until the end of the fall tour. We will have the details finale when they become available.

I, Haruna Iikubo, will graduate from Morning Musume. As well as Hello! Project with this fall's tour.

As for the group, the number one fun thing is the concerts: When you talk about a concert, it's not only about dancing and singing, but a concert includes MC, talking, performing songs, and performances. Outside of singing and dancing, I like plays, talking on the radio, introducing manga, fashion, going overseas, being with people, and others. I have a lot of things I want to do and I have a lot of dreams.

I know I am greedy. But, it was because of Morning Musume. that I able to understand what are my favorite things. Morning Musume. taught me infinite possibilities, love, and hope in this world. And also that time is limited.

What is your most desired challenge now? There were lots of things I wanted to challenge when I thought about this.

I will turn 24 this year. To accomplish what I want to challenge, I decided that I want to test myself with more various things and become a soloist with this timing. After graduation, I would like to continue to do my best in the entertainment world as "Iikubo Haruna". I might not be able to produce satisfactory results for all with that challenge. But, I will do my best to make many announcements to everyone who supports me!

With the time remaining, I would like to increase the album of memories named "Morning Musume." and further cherish the time with the fans and members. And since I will continue to devote love even after graduation, thank you eternally.

Bye buu. Love you but it’s been a long while coming.

Take Ikuta with you

Ah, guess it was time. I'm very sad, but it was to be expected.

I spoke too soon when I said this was a good year. :( but it is her time so I’m really okay with it but also not okay because I know I won’t be able to see her graduate.

I like that she's trying to stay in entertainment business. No idea how much I'll see of it (since she's mostly done MC and radio stuff and while showing fashion she hasn't really worked as a model), but I wish her all the best for it.

It's definitely easier to say goodbye than to Zukki who just disappeared since then.

It's not surprising, but it's still a little sad.  She managed to become a pretty stable supporting member.

Surely she's going to lean on her otaku stuff now

I'm not sobbing uncontrollably like I did when Haruka's departure was announced, but I AM sad. She brought something quite unique to the group. She was generous, graceful, sweet, classy, poised and beautiful. And she really loved being there, loved her teammates and loved the fans. So she wasn't the greatest singer and dancer--she was better than some, though--her personality more than made up for it. I'm not surprised she's leaving, but I will miss her. 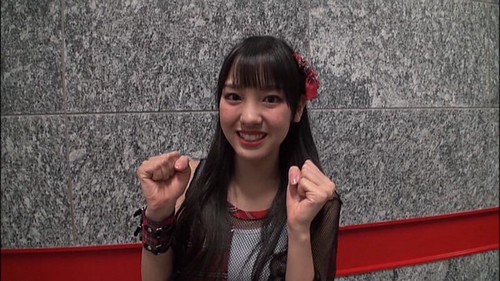 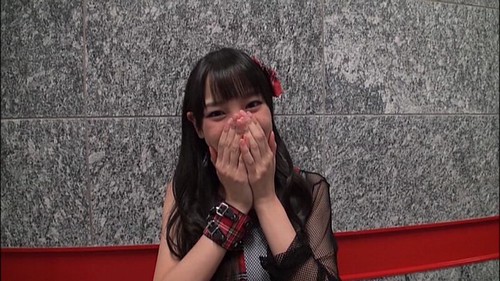 2018 is now the year both Harunas left us. To be honest it was about that time for her to leave. She was horrible in the beginning but overtime she improved, not a lot but she got to the point were she wasn't sticking out like a sore thumb when it came to dancing.

I'm not surprised but I hate it thanks

I’m going to miss Harunan. :( She is so sweet and kind, and just a wonderful person in general.

I hope she finds much more happiness and makes even greater memories in what she pursues after her graduation. Stay classy and geeky, Miss Iikubo. ❤️

I hope she’s able to do a bunch of things after graduating. I’ll miss her :(

To be honest, it was about time... but I hope her all the best in the path she has chosen. I hope she gets to do all those things she wants.

I don't get the hate she gets. Sure she's not the most talented, but she seems like a genuine sweetheart. With all her friends and connections in entertainment, she'll do just fine.

At least her and Dawa can now go off together and get happily married.

I am sad about this but at the same time it is her time to leave. She has connections in the entertainment world and she’ll do just fine.

She’s getting up there age-wise as far as H!P goes so this isn’t even the slightest bit surprising. I honestly wish more of the older members would follow suit. It’s time to move on.

All I'm sad about is how much pressure this must put on Yuka, being even older than her. Stay forever Yukabae ; A ;

On the one hand, it's nice to see MM finally graduating some weak links; on the other hand, they graduated most of the stronger links already, so any graduation is likely to be a weak link at this point.

I have nothing personal against Ikubo, my problem with her was always business. I would have liked her a whole lot more if she were one of only two or three untalented members. Sadly, she was one of many.

Also, LOL at Haruna being a "soloist".

Awwwwww bye Iikubo!! I've always had a soft spot for her. I was so proud of her when I had first heard her on Seishun Domannaka... 10ki was definitely one of my more favorite gens, so it's sorta sad that we'll see only half of it from now on.

Honestly with both Haruka, Haruna and O. Haruna gone, Maa-chan's a ticking time bomb for her grad. I hope she surprises me and doesn't leave soon after.

Lol I hope you all are happy now, the amount of posts about Iikubo graduating feels like it's dragged on for YEARS.

Had to look at the age of the try-hard, fail-hard Ikuta, but seems like she'll be hanging out in MM for at least another 4 years. ;<

if she doesn't voice someone in Jojo after graduation, I riot.

Oh gosh you just reminded me that I shook her hand in New York... that was 4 years ago now (wow!) so I can't remember if I ever got up the nerve to try to tell her that she was my favorite member, but now that my Japanese has improved I would love to try again. :'(

Also speaking of New York, once she graduates half of '14 will be gone.

Even though I knew this would eventually happen, it still makes me sad because she was my favorite member. Back when I first discovered Momusu in '14, something about her caught my eye and she's been my favorite ever since. Though she will be gone from the group, I wish her the best in all her future endeavors.

What the fuck is a "virtual youtuber"?

I guess a YouTube who is not real? Why?

/edit: Ah, I see. So Haruna will become a virtual idol producer - announced at today's concert.

Eh. Sure. Why not. I was hoping for more but at least she'll be active.

Haruna will also stay as a regular on YoungTown by the way.

Honestly that sounds like a good, steady gig. We'll see how good she is at it. I mean, she is the Michishige-lover, and everyone wanted Michishige to stay and help produce idols. So this is sort of on that same path lolol

When they announced it at the concert, I think pretty much all of us went like "Is it a joke or ?" but we actually got flyers with Nina on it.
Also, Haruna sang Watashi no Miryoku ni Kizukanai Donkan na Hito alone yesterday, with a very pretty "chocolate" colored dress (if I recall well, it was a short dress with lace-looking things hanging on the sides, she had quite big a hair-decoration and her high-heels and her socks were also "chocolate").

Her grad dress was very pretty! Probably in my top 5, I really liked how different it was. If I get the time I might subtitle her letter if no one else gets to it first... We'll see :)