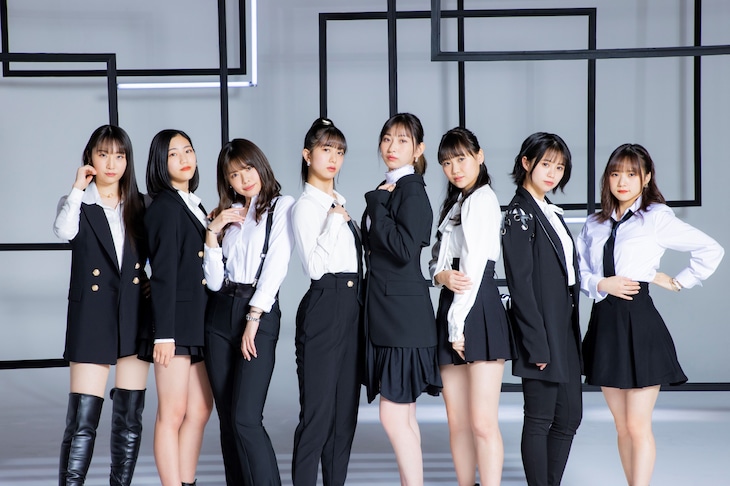 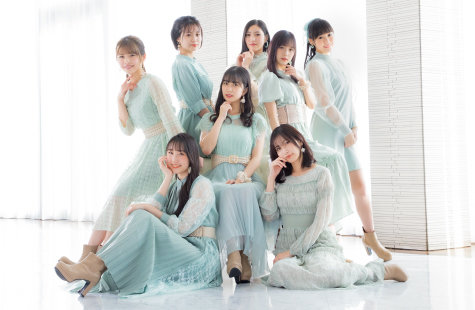 Ganbarenai yo from the Countdown concert

DOWN TOWN is a cover of the Japanese group Sugar Babes. Here's the original.

The release of the single was announced in a comment video posted on the group's official Twitter account. "Ganbare nai yo / DOWN TOWN" is the first single released by Juice=Juice in about a year and the first single after Inoue Rei joined the group. The single includes the new ballad song "Ganbare nai yo", which was first performed at the graduation performance of Miyamoto Karin, and a cover of the 1975 famous song "DOWN TOWN" by Sugar Babe, a band formed by singer/songwriter Tatsuro Yamashita and others. To make it a 2021 style cover, Swedish producer Anders Dannvik doing the city pop arrangements for the song is also a highlight. It also features voice percussion by Inoue Rei.

Inoue Rei "I'm doing voice percussion in the interlude. I'm using a new technique, so I hope you'll pay attention! The dance corner in between is also very cool!"

Takagi Sayuki : "In "DOWN TOWN", I hope you can feel the nostalgia and the newness of our singing."

Kanazawa Tomoko : "It's a song that will gently help you cope with the negative feelings of not being able to do your best. By the end of the song, you'll feel like 'I'll try a little harder' with the gentle lyrics."

Dambara Ruru "When I listen to this song, I feel a little refreshed or relieved of my burden. Please listen to it!"

This single has big footsteps to follow. Not only did Juice pump out great releases over the last two years, they also have to make up for the loss of Karin.

Personally, I'm already not too much into this single. Ballads as main a-sides are always a bit difficult and while DOWN TOWN sounds kinda cool, it's by no means catchy.

If those are the outfits for DOWN TOWN in the first picture, I love them!!! I've loved this sort of suitsy aesthetic ever since FOREVER LOVE, lol..

If "Downtown" is as banging as I think it can be, this will be a good single. I really liked "Ganbare nai y" when I heard it. Packaging Rei's YT vids is a nice addition, too.