I haven't seen any of the new series yet unfortunately but I heard the finale was actually pretty good.

I liked most of the new season so far.
With some really good episodes and one episode that was, at least in my opinion, quite daring. But it's Lynch & Frost and they only made the season for TP fans anyway. They clearly didn't care about getting anybody new to watch the show and I like that.

However, in terms of tone it's much more FWWM than season 1 and 2.

IT WAS A WORK OF ART sorry I'm late to the party I always forget this sub forum exists.

I can't wait for the TP BR release, because I immediately felt like I need to rewatch the season.
So much seemed simply unimportant and just quirky for the sake of it at first, but in hindsight turned out to be so important.

I haven't been this interested in TV show theories since LOST ended.

Yeah I'm thinking about doing a full rewatch of Seasons 1 and 2, FWWM, and the Return pretty soon.

I did however watch FWWM again before season 3 started, since Lynch (or Frost) said it's important for the season and it really was.

I've seen seasons 1 and 2 three times but I'll gladly watch them again.  And yeah, FWWM was definitely important for this season.

I'm curious about idol anime and wonder if anyone's ever done a survey of all the idol anime shows. I have some series like Fancy Girl Lala and Full Moon o Sagashite and episodes from a few others like Kirarin Revolution and Kaleidostar, but I wondered if there was a comprehensive list and evaluation of them.

I ask because I watched a series called "PriPara" when I was in Japan and last week I picked up the 2017 movie spin-off of the series, "Pripara the Movie: Everyone Shine! Kirarin Star Live," and watched it last night. It's 65 min. and quite harmless. If you're going to do an idol concert in animation, this is, I guess, the way to do it. I enjoyed it despite the lack of subs., not that they would have made much of a difference. The musical numbers (16 in all) seem to have been modeled on actual idol dance movements. A couple of the songs stood out as being good, while most were standard stuff for this kind of thing. I was struck by the garishness of the design. The frames were often way too busy and with seriously clashing patterns. There must be a word for that. It definitely induced eyestrain at times.

I'm thinking of doing a blog entry, but I wanted to research the subject more and maybe watch a few more things like it.

The design in this poster for the PriPara movie is relatively restrained, compared to images from the film itself. When I get some screen grabs, I'll post them. 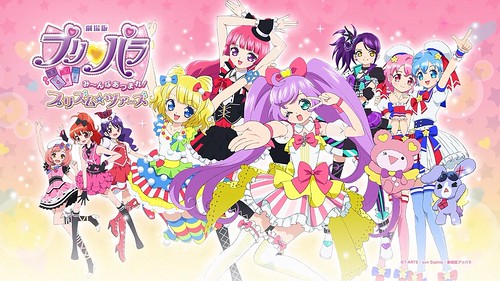 "Love Live! School Idol Project" and "Love Live! Sunshine" are my go to idol shows, especially for that Hello Project feel. Love Live has 2 seasons and a movie, and the second season of Sunshine is airing now. Everything but the movie is on Crunchyroll.

I did post all of my recent Ghibli movies opinions in the Movie thread, though.

Amazon called on Sion Sono to make a TV show and boy, he sure as hell did make a very Sono-ish TV show:
Tokyo Vampire Hotel

Besides having a former AKB member in the main cast, there's also another reference with the name "Manami".

On my film blog, I take a look back at Power Rangers on the occasion of its 25th anniversary: 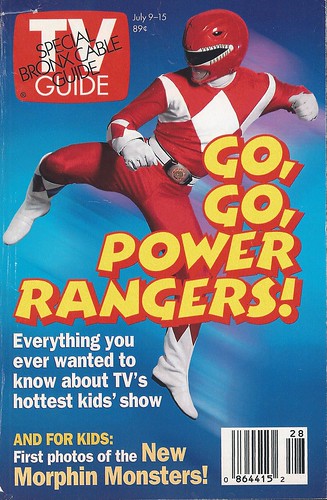 I’m trying to get into J-drama to help my listening skills. Anybody have any recommendations? I just finished Overprotected Kahoko and it was really cute.

If you have Netflix and type "Japanese" into the search, it'll bring up all their dramas, movies and anime. There's quite a few choices there.

I’m trying to get into J-drama to help my listening skills. Anybody have any recommendations? I just finished Overprotected Kahoko and it was really cute.

The most recent J-Drama I watched is on Netflix, it's called Atelier. I really liked it! A spunky lingerie designer tackles growing in an atelier run by a very stuck-on-her-way-of-things lingerie legend who is falling into a rut. Despite the subject matter it's not risque or anything.

The only other two I've seen (YEARS ago) are Smile (which definitely is a drama drama, concerns racism in Japan and against half-Japanese kids, has Yui Aragaki & Jun Matsumoto) and Papa to Musume no Nanokakan (basically a Freaky Friday kind of series, it was cute/ Also has Yui Aragaki LOL). I was a very casual fan of Yui Aragaki's back then, lol...

I haven't watched much more other than those 3 (I'm so out of touch with TV, I'm trying to get back into it now), but if I happen to come across anything that seems nice, I'll definitely let you know.

^ I watched the trailer for Atelier (which apparently in Japan is just called "Underwear" haha) and thought it looked interesting, kinda reminded me of The Devil Wears Prada. I think I'll check it out.

I just started the Baby-Sitters Club new show on Netflix and it's soooooooooooooo cute.

I started watching it too, yuzu!! I saw the previews and thought it was cool and cute as hell.

I never read the books myself, but I'm enjoying the show a lot so far.

It is SO faithful to the books and the casting is on point.

In case you were wondering, I am a Kristy.

There's a Twitch channel that just started streaming nothing but the amazing Japanese show Game Center CX, and I literally can't stop watching. I've been here for 7 hours...

There's a Twitch channel that just started streaming nothing but the amazing Japanese show Game Center CX, and I literally can't stop watching. I've been here for 7 hours...

I feel personally offended that you didn't link it right away. REEEE

Sorry I watch Twitch in the app and not browser. Channel name is "cardfrek"

After The BSC I needed something else short because I was at my new apartment without an actual TV all weekend so didn't want to delve into anything heavy.  I watched Never Have I Ever and it was SOOOOOO good.  A great way to see some different perspectives than we usually do on tv.  Kind of reminded me of Degrassi TNG if there was one main character.

The BSC was my jam. I was a member of the Scholastic fanclub and would get the books along with other doodads... man those were the days.

Back to The Chillout Lounge
Reply to quoted posts     Clear