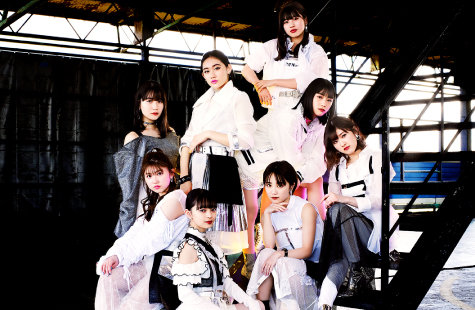 Today Anju streamed their 2018 spring tour final and - boom - announced a new single, to be released on August 26.
The song was recorded (and the music videos filmed) before Japan installed their strict anti Covid measures.

There will be two kinds of box sets: One with cheki photos and QR codes to unlock an audio message, as well including a branded ANGERME mirror. 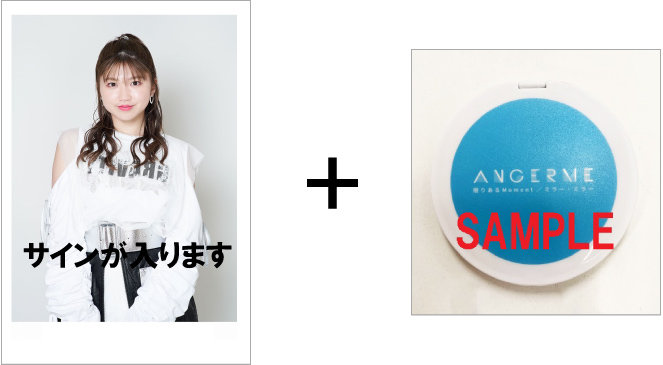 The other kind if box set will include a piece of fabric from outfits worn by the members during the autumn/winter tour (and a solo photo). http://www.helloproj...com/news/12061/ Example:

Oota Haruka is still under suspension and won't take part in the single.*

*Also kind of makes sense considering they already recorded it some time ago.


Short version of the announcement on the official channel:

Suddenly Anju is the fashionable group.

So does Musubu finally get to be set free once this comes out?

They look cooler than the song sounds.

Song is okay, a little bit over the place, but I guess it'll grow on me like K&K did.

Another Anju single with Funaki? I guess Covid ain't all bad.

The chorus was kind of a let-down on the first listen, so I'll just have to see how it grows. It's cool to have new music to talk about finally, though.


Thats why I said technically because while she wasnt in any of the group tracks, her solo track was still a B-side off the single.

Thats why I said technically because while she wasnt in any of the group tracks, her solo track was still a B-side off the single.

As mentioned in another thread I tried to look at how well Juice did without handshake events compared to previous singles.

Anju's last single sold 76,558, also becoming their best selling single. So I guess around 40k will be pretty likely.

Also, the outfits they wore to the event are the ones for Mirror Mirror: 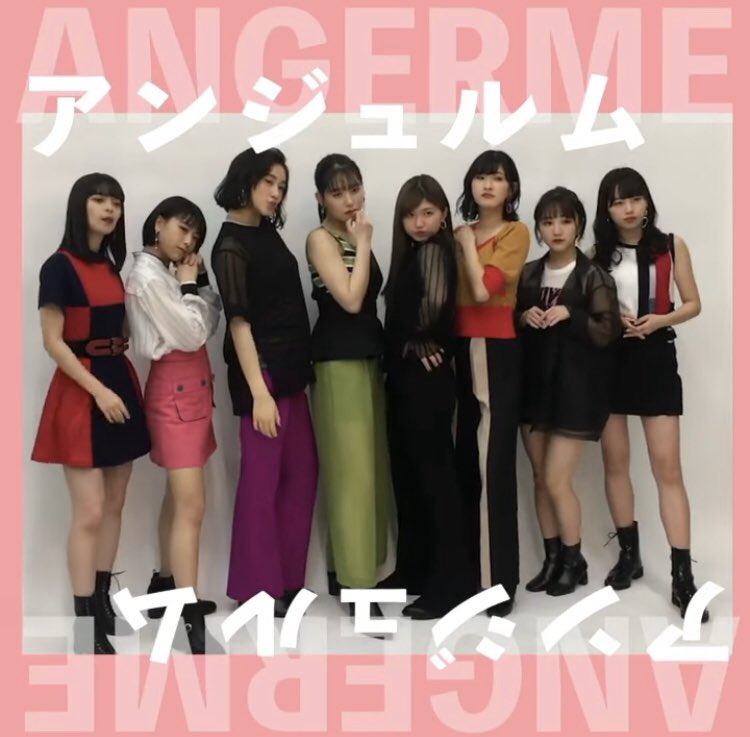 Short version of the PV for Mirror Mirror begins around 1:15: https://www.youtube....h?v=xJENk-vwyfA

I like it, but don't immediately love it. I dig the stylish pop-disco, and the individual and small group shots look fantastic, though. 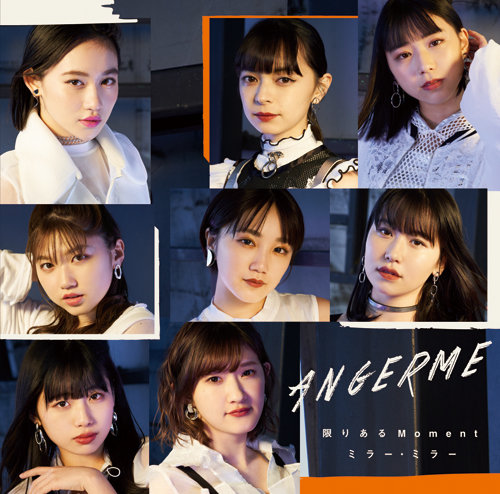 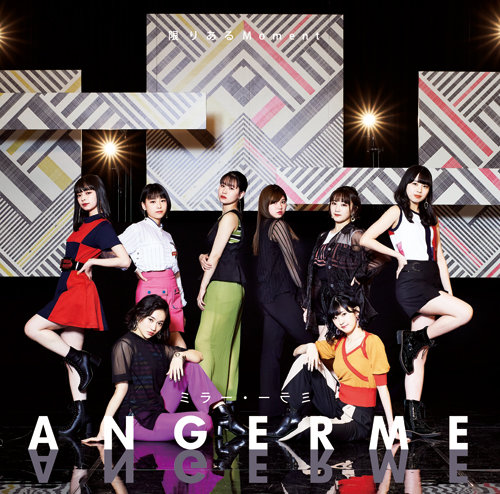 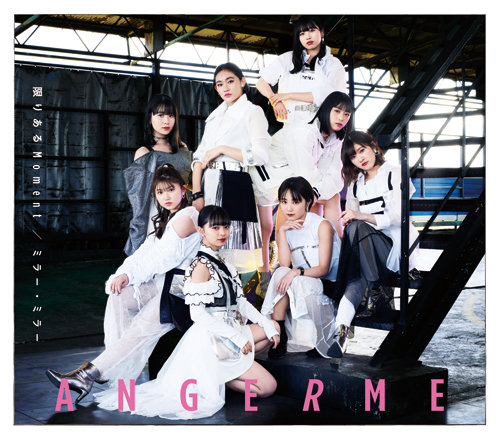 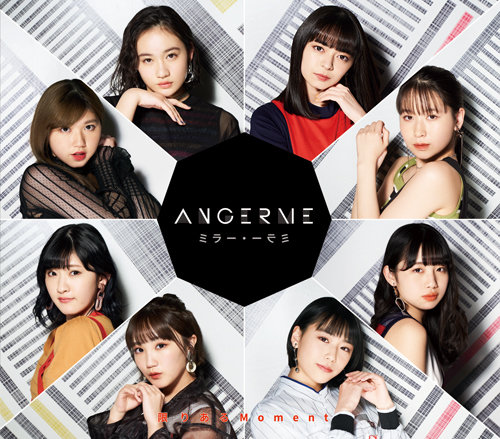 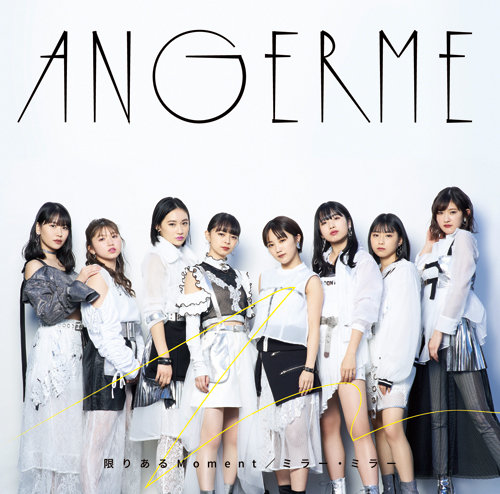 I really love Take’s hair right now. She looked great with short hair, but this long style makes her so bouncy and vibrant and I love it.. she’d be perfect as one of those 80’s scrunching side pony girls to me lol.

This single is interesting, but it’s a miss for me.

They couldn’t get a mirror ball for that mirror mirror MV? How hard could it be to get one?

Anyway, another miss for me. I’m sad Angerme has become my least favorite group. Vocally they just turn me off. Basically they became my Berryz replacement. Another group that I loved but were mainly missing on the songs that drew me in and subpar vocals. They started off strong and then got into this funk where I just couldn’t listen to them and then ended strong and then disbanded. I know Angerme won’t disband as a generational group. But I’m waiting for Angerme to swing back around and find their footing again. I’ll give it a year and any additions they find from their auditions. (Hopefully Moe level additions).

I don't think the vocals are sub par (other than Ayano's solo, eesh!) and I like most of this song. The part that bugs me is the last two bars of the chorus (also the first two sung bars of the song). That part feels dated as fuck -- like 2015-2016 era Angerme. The rest of the song sounds like a really cool J=J track.
I agree that overall Angerme has taken a couple of steps back, though, but I'm not too broken up over it, because I was half expecting them to. But they seriously need to stop giving Ayano solo lines, lol.

The drama is a bit over the top for me, but there are parts that I like.

The full PV for Mirror Mirror is out.

Fancy. But the last line for Kawamuu would have been enough.

I've decided I like Mirror Mirror, and the PV fits the mood of the music really well.

Yeah, while I'm a Kawamuu fan, I felt most of her lines didn't fit her for this song. I think back to this performance of Jinsei wa Step, and she killed it. I've liked her solo lines in Angerme songs prior, but this song just doesn't match her voice for me.

Also, is Oota sitting this PV out? I have a hard time telling her and Layla apart anyway, but I counted and it seemed like they were short one.

^Oota has been on hiatus due to rule breaking since February. Who knows if she’s ever coming back though.

^Oota has been on hiatus due to rule breaking since February. Who knows if she’s ever coming back though.

Woah really?! I don't remember reading that! Oh geez... Thanks for the info

Double posting to say OOOOOOOH she had "leaked info" I doooo remember that.... That feels like forever ago, I completely forgot she got suspended and that all this even happened, lol.

I'm guessing we've seen the last of Oota in H!P. It feels like they're just trying to give her a soft landing, rather than summarily dismiss her, which I wouldn't fault them for doing, tbh. I don't know how they can ever trust her going forward.

To be fair they filmed this single in March, it's possible they just didn't want to redo everything and she'll be back for the next release.

Under normal circumstances I would agree, but because of Corona it’s hard to say. The timeline is skewed.

Wasn’t Aiai gone for like a year before she officially left? Or is that my imagination? Although that was a different circumstance.

Under normal circumstances I would agree, but because of Corona it’s hard to say. The timeline is skewed.

Wasn’t Aiai gone for like a year before she officially left? Or is that my imagination? Although that was a different circumstance.

You can never know with H!P.... Shoot, Manaka graduated from her group, went MIA for a short while, then came back in KSS->Juice=Juice, lol.

It really does feel like every girl's departure is unique, so it's hard to predict what they will end up doing.