Guess what group has yet another member photographed with a boy?

That’s much less incriminating than Taguchi’s because they’re only sitting down and obviously someone else was there who took pictures.
Dang this group has *no* luck. Also Ayapan was the last person I would’ve expected. Did they all sit down and make a pac to get boyfriends?? Lmao

This is one that I don't mind, finally.

So KF is down to Melon Kinenbi numbers. Get rid of Sakurako and we'll have the perfect H!P trio, the new Pucchimoni!

Then Rei gets caught and we're down to late Coconuts Musume numbers. Then Minami goes and Ayano does a solo act a la Aya and Maki.

We've got all bases covered.

The number of photos they've had leaked in such a short time is just suspicious now.

She might be okay only because he's not obviously a boyfriend.

Does she have any sibling?

She has a younger sister.

Dude's arms make him look old for some reason.

Boy. Ayaka, of all people. Someone out there is really going for Kobushi, what the hell.

So... Rei, Minami and Sakurako are the only one without scandals now? I mean Hamachan's was already hilariously minimal.

At the rate this is going, it feels like all the members are going to have scandals. I remember someone’s prediction for 2017 was going to be a scandal but I didn’t imagine it to be something like this.

It's gotta be someone who knows them. This many scandals in six months and it's them and only them? What are the odds when you know girls in other groups are doing the same thing? Watch there be photos of Minami and Sako next.

The number of photos they've had leaked in such a short time is just suspicious now.

I will be so sad if they make her leave.

I feel like I read somewhere that they're in the middle of a bus tour, right? If so, then this leak truly reeks of desperation to wound at the quick.

Reading H!O to see what everyone else's reactions are, I think my favorite theory is that it's a bitter Rio leaking all of these pictures, lol. It just sounds so evil to imagine. I can't really bring myself to believe that in any way, but whoever is doing this, especially over such platonic-looking pictures, is just really scummy. That Twitter is pretty malicious, it's pretending to be her and making tweets like "I'd be happy if I could drink sake~", "I wonder if I'll call my boyfriend~?" and such. (Ah, thinking about it, I remember people theorizing the true scandal is not the "boyfriend" (who is probably a dad or uncle), rather, it's the drink potentially being alcohol or some such. Who knows.)

Well, in any case, I do like Ayaka, she's very emotionally mature, intelligent, and I do like her voice, so I hope nothing bad comes of it and that it's brushed off just like Ayano's "scandal."

Yeah and the post has tagged it #bustour if I'm not mistaken.

(Ah, thinking about it, I remember people theorizing the true scandal is not the "boyfriend" (who is probably a dad or uncle), rather, it's the drink potentially being alcohol or some such. Who knows.)

That looks like a boy in a high school uniform though. Not that I think there's anything going on.

If they're all going to have boyfriend scandals H!P should offer Taguchi and Renako their positions back and just make it H!P's bad-girl group... I bet they'd have a lot of female fans lolol

But c'moooon Ayapan, of all the people in the group I would never expected she'd even put herself in that position. I'm guessing the photo is a little aged because I'd be willing to wager she hasn't been taking any chances being photographed the past few months with what's happened.

(Ah, thinking about it, I remember people theorizing the true scandal is not the "boyfriend" (who is probably a dad or uncle), rather, it's the drink potentially being alcohol or some such. Who knows.)

That looks like a boy in a high school uniform though. Not that I think there's anything going on.

True, I thought he looked older (I agree with aine about the old arms, lol) even with the pixel face, he just seemed old-ish to me, but I didn't look at his attire. Looking at that, yeah, pretty undeniable it's your standard male school uniform. Thank you for pointing that out, Saya.

Tsubaki Factory is behind it. With KF gone, they'll be the reigning all-former-Egg group in H!P.

It has to be a member, no? It's someone sitting *right* across from them.... like as in a double date. It could just be one of Ayapan's personal friends but idk.... It just makes me think of how Rena showed Taguchi on her live. And Rena had a secret twitter and stuff this whole time--Maybe it's her?

Rena and Taguchi are friends. Her showing her on the Line live seemed just a stupid move on both their parts. Rena shouldn't have shown her, and Taguchi should have left once she started streaming. 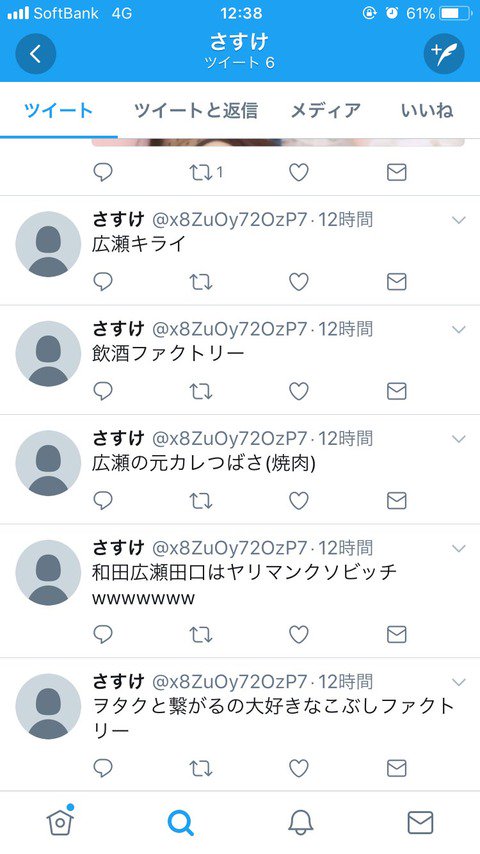 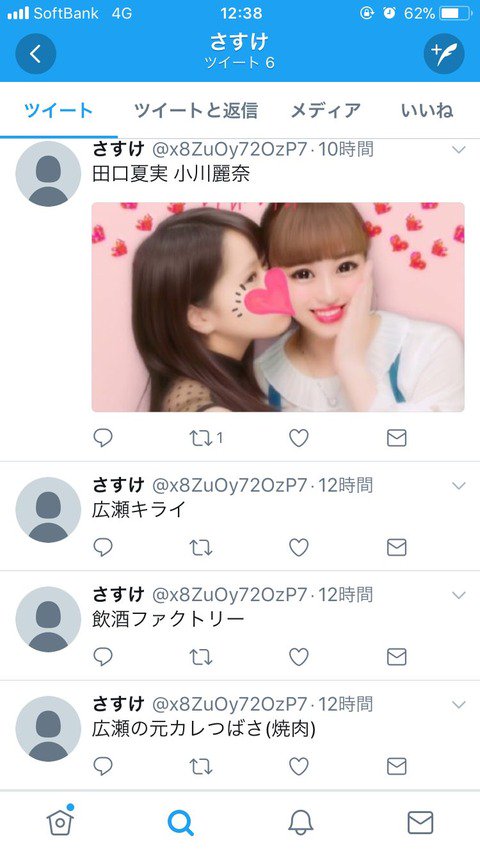 I wonder when Wada's photos will drop.

Honestly this whole thing sounds like someone close to all of them hates them. This poor group.

I wonder when Wada's photos will drop.

Honestly this whole thing sounds like someone close to all of them hates them. This poor group.

My first thought when I saw those tweets was that Wada is next.

So basically Minami is actually unpopular with boys?? Lol, time will tell if it leaks.

But some of this evidence could have been pilling from a member in KF... In one of their DVD mags when asked about their 2nd anniversary Wada said "honestly, when we first became a group we weren't that close. There were quite a few walls. I think we've actually just now begun to become friends and work together." (I'm paraphrasing as I don't have it playing in front of me.)

There could have been bad blood at the beginning that got reignited. Maybe Rio was mad the whole time she didn't get leader or something, idk. But this somethin' else.