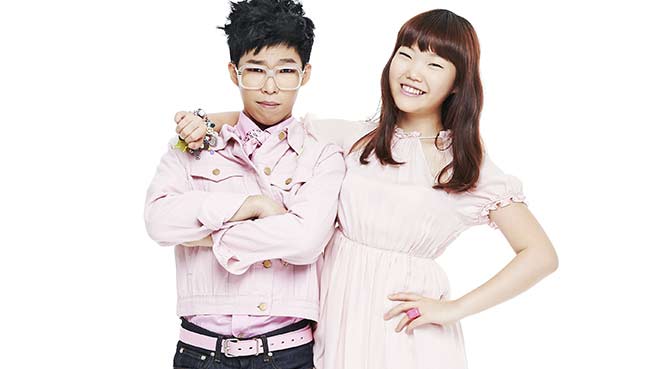 Akdong Musician (AKMU) are a duo under YG consisting of siblings Lee Chan-hyuk (16) & Lee Soo-hyun (13). They were the winners of K-pop Star 2 back in 2013. Although they signed with YG 2 months after winning the competition but only released their debut single 200% in 2014. Their name AKMU is an anagram of the Korean word UMAK which means music. They have become very successful since debuting despite the fact that their style of music is not what you'd usually hear from K-pop stars these days. It's considered to be K-folk. They've won 1st place for 3 consecutive weeks on M! Countdown, 2 consecutive weeks on Inkigayo and the Rookie of the Month award for December 2013. All of their singles are currently up for the World Best Song award.

Melted (I love this song so much!)

All of their songs were written and composed by Lee Chan-hyuk.

I hope they continue to do well, they deserve so much success :)

Wow, thanks for sharing, really love their music! :)

I've watched their MVs some weeks ago, but didn't dig it. I think his voice is good, but I don't like how she sounds.

It reminds me of quirky J-Pop.