Some examples of H!P News :

Can the news from the old News thread about Maho be made into it's own topic???
Top 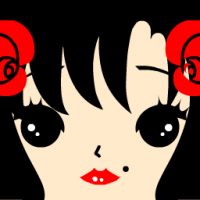 Things you can no longer have or do at an H!P concert according to the website:
<p class="bbc_center"> Oh, I didn't know alcohol was allowed before. And while these glowstick "fans" (not sure what to call them) were cool I can understand why they could be inconvenient (hitting people, for example - I'm sure I managed to hit someone with a single glowstick already).
Check out who has too many opinions on Hello! Blogging!
Hello! Project age overview
Hello! Project photobook overview
Top 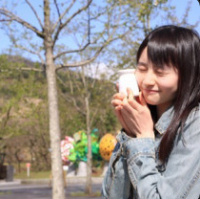 No jumping? Are they planning to retire JUMP?
Top 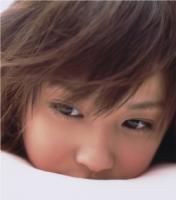 I didn't know about alcohol either but they only booked venues that don't sell alcohol* so I don't think they had much problems with alcohol before anyway.

*sell or give, in venues where you have to give 4-7 bucks in addition to your ticket price, they "give" you a drink, and as far as I know from what Japanese fans told me, the most alcohol-like drink you can sometimes have is Monster, but it is usually limited to sodas or juices.


I'm a bit bothered with the jumping thing, H!P groups mostly perform in venue with seats so people are not packed, which make it is less likely to hit someone, and people are mostly careful when jumping or else, it is part of the fun, but well.
Campy <3 !
Top

Jumping was the worst fucking thing. I'm glad it's gone. Can't tell you how many times I had to throw elbows into wota who were leaping around like jackasses.
PSN: Aurin13
Ph'nglui mglw'nafh Sayumi R'lyeh wgah'nagl fhtagn!
Top

Karin has Bell's Palsy. They hope it's only temporary, but she has to rest for some time and get a therapy.

It says she should stay at the hospital one week, hopefully she will completely recover because it would be really troublesome for her activities.
Campy <3 !
Top 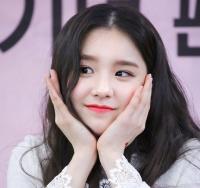 I hope she has a quick recovery. She hasn't been very lucky during the summer/winter concerts.
Top

Airi will do 11 performances late March (+ April 1st) in Tokyo, centered around dance and it will last roughly 80 minutes. Another live is planned in April (and she might have a birthday event, maybe). There is also her solo album. I can't wait to listen to it (she said it includes "band-sound type" songs (like Mikansei Girl, which I don't like much after the first listening) and more dancing numbers) and I hope she will continue to have events at this pace.
Campy <3 !
Top

Masaru Umehara, better known as U.M.E.D.Y, has passed away on December 21 at age 47. He was battling glioblastoma since 2012.

U.M.E.D.Y has worked on several H!P songs, especially on rap parts, his most iconic rap being the one in Renai Revolution 21. His most recent work within H!P has been the rap part in Jealousy Jealousy.
Check out who has too many opinions on Hello! Blogging!
Hello! Project age overview
Hello! Project photobook overview
Top

MM will be on NHK's "NHK Nodo Jiman", a singing contest show for amateurs. Air date is 3/25. 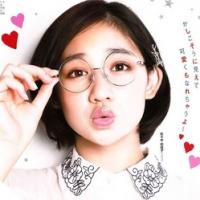 Betting some of those “amateurs” will be better than half of MM.
rikako♡eripon♡airi
Top

Half is probably generous. I'd be willing to bet they're all trained and they're just calling them amateurs becaise they're not with agencies.
<p class="bbc_center">

A singing show for amateurs is exactly where MM belongs these days.

I mean, what are "amateurs"? You could have anyone, like Anderei said people without agencies or people picked directly from the street. I'd argue most school singing projects could blow MM away.


Of course depends on who they let sing. Groups against MM as a whole? Boring. 1 on 1 though? Only Sakura and Mizuki (and occasionally Miki) sound good singing solo.
Check out who has too many opinions on Hello! Blogging!
Hello! Project age overview
Hello! Project photobook overview
Top

It just says they've been invited. It doesn't say whether they're actually participating.
<p class="bbc_center">

That reminds me I was invited to audition for Nodo Jiman but forgot to ever record an audition.  Oops.
♥ Kaori • Risako ♥
♥  Sakura • Kananan •  Sayuki ♥

I can't imagine they will be appearing as contestants. My comment was all snark.


If any are streamed, I hope it will be the 2nd Premium. (If not, we will eventually be able to watch them all on DVD.)
[/quote]

Sounds like it's time to plan a drop-everything-and-go-back-to-Japan trip. This sounds too good to miss.

And I'll get to watch Haruka Kudo as LupinYellow on the Sunday mornings I'm there!

Questions:
Where will Hina Fest be held?
Are there any H!P concerts at Budokan planned within two weeks of Hina Fest either before or after?

Hinafest will be held in Pacifico Yokohama Exhibition Hall in Kanagawa, moving back here from the 2016 event, same time as the Satoyama event. They were at a different place in 2017. So I think you've been here before?

This is the list of concerts running around the time of the Hinafest. If you go before the 31st, you can catch Morning Musume opening their spring tour in Kanagawa. If you stay after you can catch ANGERME.

Karin will be returning to JJ's tour on the 25th until she's injured again.
<p class="bbc_center">

Hinafest will be held in Pacifico Yokohama Exhibition Hall in Kanagawa, moving back here from the 2016 event, same time as the Satoyama event. They were at a different place in 2017. So I think you've been here before?

This is the list of concerts running around the time of the Hinafest. If you go before the 31st, you can catch Morning Musume opening their spring tour in Kanagawa. If you stay after you can catch ANGERME.

Thanks, Shoujo. That's exactly where I saw Hina Fest in 2016 and the seats were incredibly uncomfortable. I'll bring a cushion this time. I also went to an MM concert at that exact same hall in Hachioji a week before Hina Fest.

I went to Satoyama that time as well and got to see so many of the OGs I hadn't seen before. But I got in late because I'd been stupidly waiting in the wrong place, so when I finally figured out my mistake and joined the line I was in the back of the crowd and didn't get a good angle and missed seeing MM's entrance. I won't make that mistake this time.

Here's what it looked like without using the zoom lens: 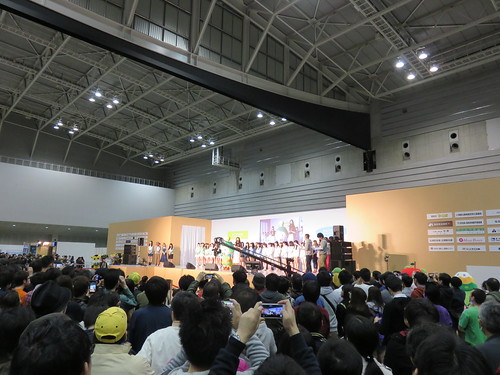 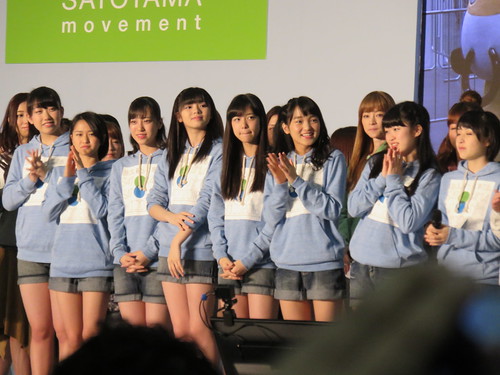 I was hoping for something in Budokan, since I'm eager to see a concert there. That'll have to wait, I guess.
https://madarasjpopblog.wordpress.com/
Top

Budoukan's concert are held usually at the end of groups tours, MM & Anju mid or end of May and JJ, if they do a 3rd one, beginning of November.
Campy <3 !
Top

<blockquote class="ipsBlockquote" data-author="Anderei" data-cid="212336" data-time="1516283817">Karin will be returning to JJ's tour on the 25th until she's injured again.</blockquote>
That seems fast... They even confirmed the Bell's Palsy diagnosis.
Top